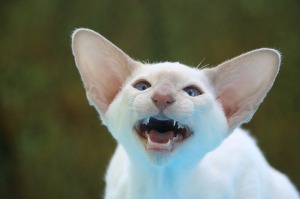 Bogging A-Z: X is for /ks/.  Yep, bring your hands up like claws, make a snarling face, and go /KS/ like a cat!  Louder!  That’s one way I help kids learn the /ks/ sound.  If you consult an ABC poster, you’ll find “xylophone” and “x-ray” as the top choices representing the letter X.  Apart from X-Men on a lunch box, most young kids aren’t going to run into words beginning with ‘x.’  Dr. Seuss really helped further the renown of the ending sound of /ks/ in his “Fox in Socks” book (customer image below from Amazon): 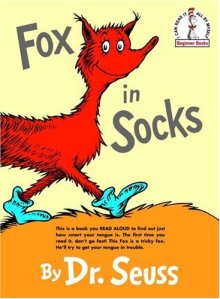 I also like the above book because it illustrates the most common way to spell /ks/ in closed, single syllable words (-ks).  Kids who struggle with reading and writing often have trouble with syllables like “ex.”  The short e is not really distinguishable from some consonants that follow (n, m, p, l, s, f), as in exit, enter, empire, and escape.  I work with a fifth grader who still spells closed syllables without a vowel, because all he hears is the consonant.  For that reason, it’s important to teach kids that vowels rule, consonants drool.  You know what I mean: we can’t have a syllable without a vowel.  In the southern part of the US, once you draw attention to the missing short e, many kids will substitute a short i instead.  Many adults do the same thing around here.  “Do you write with a pin or a pen?”

Back to X.  Once you teach the hissing cat sound with lots of drama, that /ks/ is firmly memorized.  If you’re going alphabetically, you know the problems we encounter with W and Y.  Many kids get totally undone by these two letters.  After all, there’s a pattern of similarity between the NAME and the SOUND of most letters.  But W becomes “duh” as in ‘duh-ble-u” and “wuh” is the letter sound for Y (why? why?).  There’s something to be said for teaching letter sounds “out of order” for kids who are showing signs of reading problems.  If not, they guess at letter sounds for W and Y by trying to follow a familiar pattern.  Then practice makes permanent.  Speaking of practice, show me your sharp claws, your sharp cat teeth, and HISS!  /KS/!  Great!