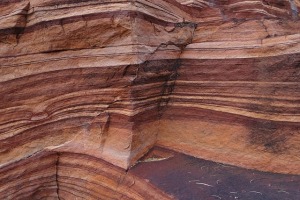 Although I am re-retiring from teaching this fall, I had committed myself to bringing two students to grade level this summer, if at all possible.  One student is Will, a rising 6th grader who needs support to untangle the math confusion in his head, sorting out what needs to be unlearned and relearned.  Unless this venture is successful, Will has another dreadful year of anxiety and distress ahead of him.  He has a jumble of partially learned processes, partially learned concepts, and a mass of incorrect assumptions.  He also has some dreadful habits: tuning out math instruction since it represents both chaos and failure, reluctance to admit that he doesn’t understand something, and no experience in explaining his reasoning.  None of this is a surprise.  It’s amazing that Will has the resilience to tackle math instruction at all, given his prior experiences.  He does ask really good questions when I allow him the time to process information.  His willingness to say, “I don’t get it,” is much improved.

How did he get here?  There are hereditary factors, but the particular math program used at his school was probably the worst possible match for his style of learning.  With topic shifts every two weeks or less, along with continual testing which triggered anxiety, he did his best to memorize procedures while missing the concepts altogether.  There was little hands-on activity and even less visual support.  By third grade, he was starting to hit a wall with working memory; there was too much to hold together.  With tutoring support in 4th grade, he scraped through the EOGs, but fifth grade triggered a complete collapse.

I had previously conceptualized this as untangling skeins of yarn, but currently, it feels more like digging through layers of rock.  Every time I think we have hit the core, I glimpse a deeper layer of misunderstanding.

As we’ve dug along, I have searched for novel ways to reintroduce concepts.  Specifically, I needed to reduce Will’s anxiety associated with fractions.  One tool that has been particularly useful in digging through fractions is a ruler.  Will does understand linear measurement and feels competent in using a ruler.  Our work with a ruler has revealed his misunderstandings of whole numbers, his inability to understand number lines, his misconceptions of fractional parts, and his misunderstanding of place value.  In fact, the more we work on fractions, the more layers of difficulty are exposed.  Fortunately, there are important benchmarks that he does possess.  Unfortunately, they are mixed with fragments of “math muck,” for lack of a better way to describe it.  In all of this, I have seen that Will has an intuitive grasp of math which is better than mine.  I am encouraged that if we can keep digging in small steps, he will surge forward before he goes to 6th grade.  Stay tuned!