It’s Monday and time to respond to Cee’s Share Your World blogging challenge.  If you haven’t seen her photography blog, you’ve been missing out.  She has a terrific eye for beauty!

Here are my responses to her questions: 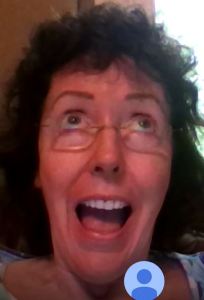 So much for long-distance teaching!  Here’s what happened this morning. I woke up at 7:15 to be totally on for my 8:00 session.  At 7:45, I started readying my computer, Black Beauty.  Only while I was sleeping, a direhorse (from Avatar, remember?) slipped into Black Beauty’s sleek frame.  Remember how much fun Jake had trying to ride a direhorse?  I was a broken woman after 45 minutes of struggling to get saddled up.  My poor student and his grandparents had been patiently waiting, so we eventually started our session.  It was 8:37, my student told me.  But who’s counting the minutes?

If you read my previous post on long distance teaching, you recall my overwhelming pride in the careful organization of materials.  That feature also went awry when this kid’s game section had fallen out of his binder and all the calling cards became separated from their matching bingo cards.  The calling cards have various types of syllables which make no sense unless you have the matching bingo set.  They were color-coded but two were yellow and neither one matched, for some odd reason.  I would liked to have put my hand through the screen and… (you thought I was going to say something else) checked the bags for myself, but we moved on to a different game.

Oh, Google Hangouts does not have an on-screen timer like Skype.  Or at least I couldn’t find it.  I did play around with the accessories, adding a halo to my student since he was so awesome.  That was when I “lost” my microphone, so perhaps that glitch was my fault.  Probably not.