Bad Things have been happening outside.  I am losing the battle.

First, the deer continue to use our yard as a feeding and parking station.  They leave raisins to mark their path up the driveway. 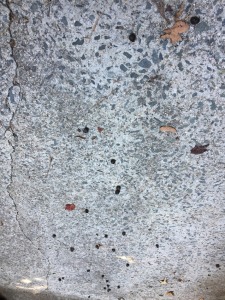 You might wonder why the driveway looks so, um, marbled.  (Trust me, this is relevant.)  It’s because my dearest widower asked the pressure washer guys to remove the mulch stains.  Remember I tossed hundreds of pounds of mulch into our “natural area?”  Well, it might have improved the appearance of that natural area for a day or so, but it also triggered a vole invasion.  What’s not to love in soft, moist mulch? 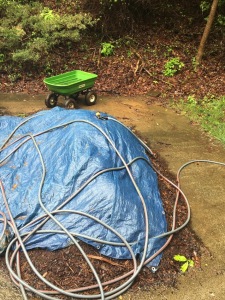 So, the voles.  They have ruined one-third of our front yard, as of today.  Tomorrow- one half?  Everyday, there are new raised tunnels and piles of soil.  I bought these pellets that supposedly irritate their sinuses, but I feel too discouraged to use the stuff.  Plus, I have an aversion to watering (see below), which is necessary to activate the pellets.  Voles are quite admirable diggers, I have to admit.  You wouldn’t believe the amount of soil they’ve rumbled through. 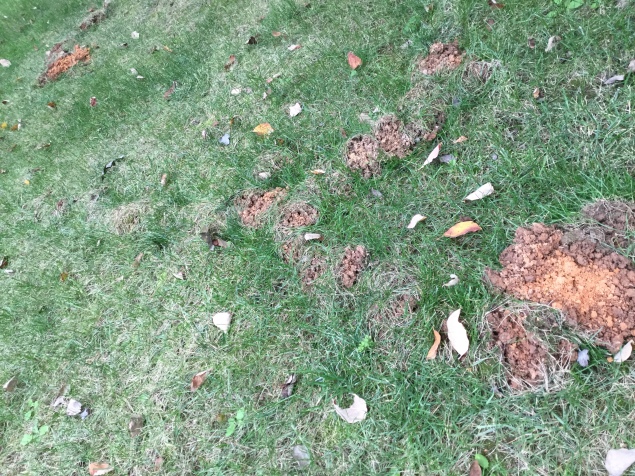 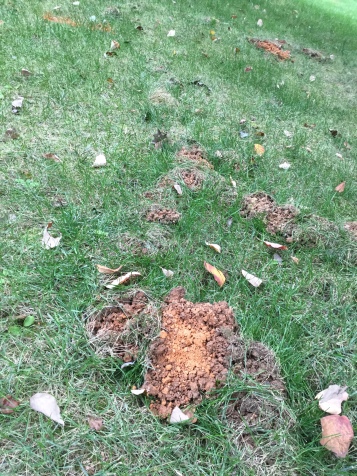 As if voles weren’t bad enough, AT&T has been supposedly laying a new cable in the back yard.  All I can see is spray paint, wires, and more tunnels.  Perhaps AT&T hires voles.  I have a work crew ready and willing in the front yard, if need be. 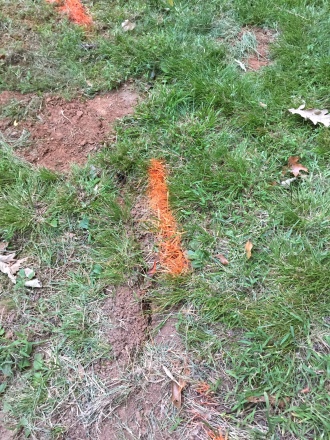 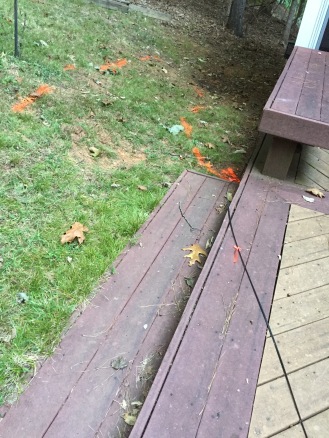 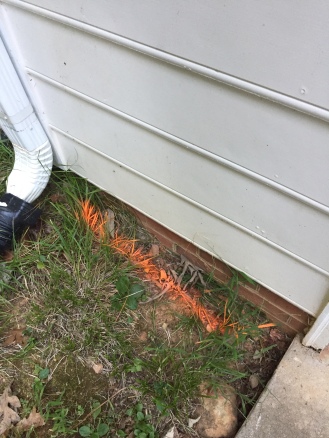 The beautiful meadow sage, which is deer resistant, has not withstood the heat and relative drought.  Yes, I should have watered them, but the bloody mosquitoes attack me through my shirt and hair as soon as I step outside. 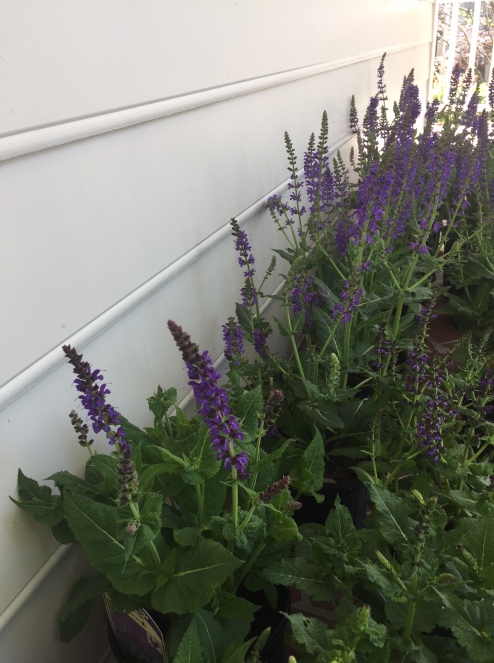 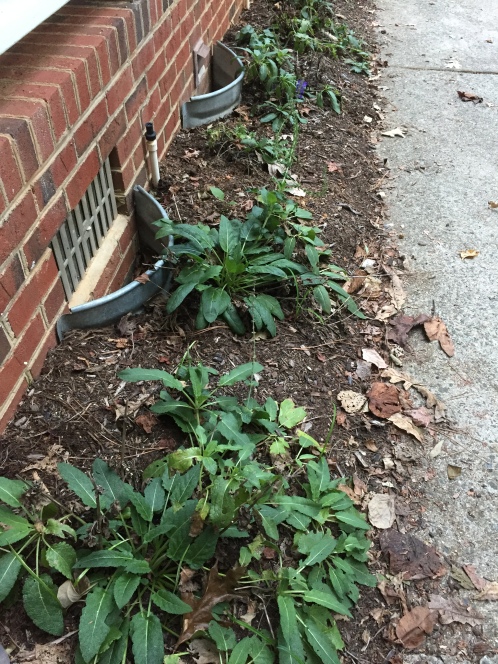 Vance, the Venus Flytrap, has given up the ghost.  I did accidentally spray him with insect repellent as I was venturing out, so that didn’t help.  The bug spray didn’t help me either, for that matter. 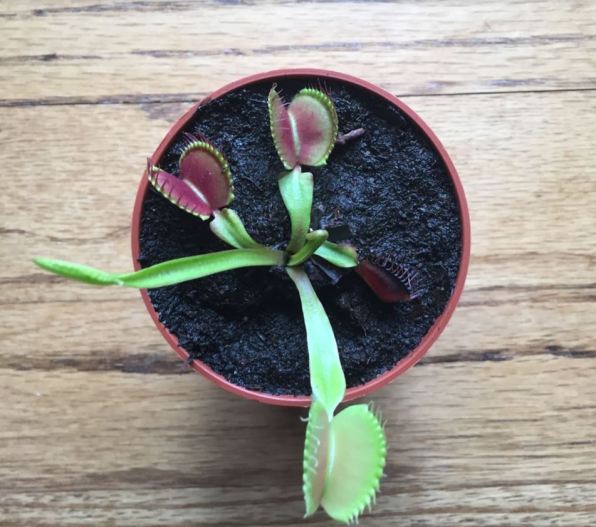 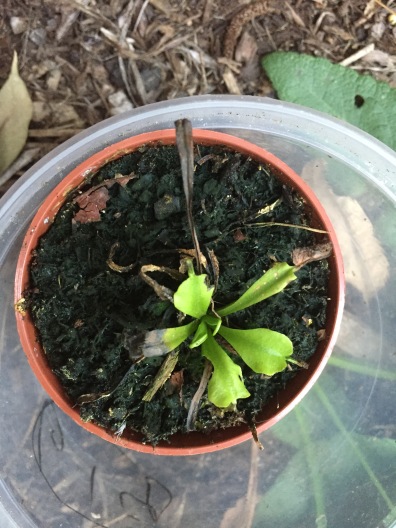 Overall, I’d say I’m a bit discouraged in my attempts to fashion a lawn.  No one else on our street has voles (I’ve looked).  Other folks sit outside in chairs without mosquito netting and clouds of repellent.  At least the deer are equal opportunity invaders.  Go deer!  Please.